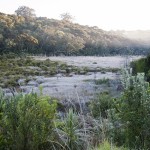 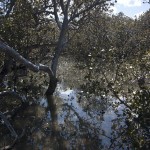 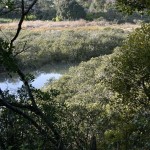 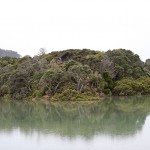 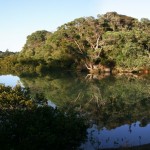 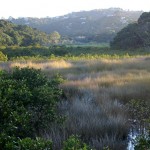 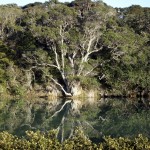 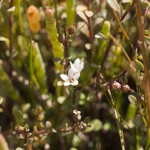 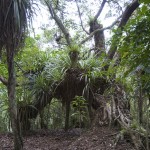 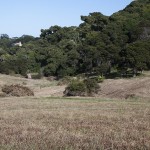 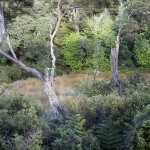 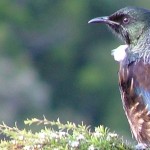 Te Toki Reserve located between Ostend and Surfdale on Waiheke Island is around 8 hectares and is open parkland fringed by mature forest and wetland. It is a unique coastal environment where six distinctive ecotone sequences are clearly visible from broadleaf podocarp forest, through to freshwater wetland, salt-water wetland and finally mangroves.

Te Toki/Okahuiti enjoys Scientific and Scenic Reserve status and is a stunningly beautiful place to visit and an important educational resource for generations to come.

It was previously leased and farmed by longtime Waiheke farmer John McGregor who used it to run cattle and sheep before it was bought by the former Auckland Council in 1992 and became part of the greenbelt between built up residential areas of Waiheke. In 1998 8 hectares were designated as a scenic reserve and in 2007 the Friends of Te Toki Reserve and Okahuiti Wetland was formed as a result of a public meeting organised by the Waiheke Island Wetlands Initiative (WIWI) and Auckland City Council.  Since that time, the group of around 25 locals has been active in noxious weed control, track-making, mulching a grove of water-stressed mature Taraire and planting native trees. Students from Auckland Grammar have also planted trees as part of the Duke of Edinburgh awards scheme.

The short-term objective of this restoration project is weed control, planting and track-making. The long-term objective is to protect this fragile coastal ecosystem and enhance its biodiversity.

In August 2009, the Friends of Te Toki Reserve and Okahuiti Wetland received a grant from the Department of Conservation (DOC) to continue the weed control and planting programme over the next two years.  At their request, the Hauraki Gulf Conservation Trust administered these funds on their behalf.

In 2012 and 2014, the Hauraki Gulf Conservation Trust helped secure further funding through ASB Community Trust (now Foundation North) grants. These enabled further mulching, the removal of gorse and tobacco weed, the purchase and planting of native trees, and weed control within existing planting through one of the wetland areas.  A board-walk was also constructed. In April 2016 further funding was obtained by the Hauraki Gulf Conservation Trust from Foundation North to enable further plants to be purchased to expand a kauri grove and enlarge the area of broad leaf forest and to carry out further weed control across the reserve.

The Te Toki Reserve is well utilised by the community. It is being transformed from farmland into a re-vegetated forest and a natural grasslands area. With a relatively small number of old native trees, new plantings are extending both the variety and number of native flora. Native birds are returning and the grasslands area is enhanced as a result of weed control. The whole project has engaged wider community interest in the ongoing preservation and development of the reserve.

Should you wish to become involved as a volunteer at Te Toki Reserve or to contribute funds towards the restoration of this important project, please contact Tony King-Turner on 372-7821 or tonykingturner@gmail.com.