A unique opportunity exists to fully realise the potential of Waiheke’s natural environment and its setting in the wider Hauraki Gulf. Although it has been fortunate enough to be possum free, Waiheke does have a number of other animal predators that threaten both its existing native species as well as new arrivals.

These predators include rats, stoats, ferrets, mice, hedgehogs, feral cats and pigs – all of which limit or prevent the establishment of healthy forest and the survival of native birds, reptiles and invertebrates.

We have declared war on stoats!

The first step in our mission to create Predator Free Waiheke was an ambitious programme to eradicate mustelids – stoats, ferrets and weasels which started in 2016.

Building on existing initiatives, we created a grid of 150+ stoat traps across the island (involving 68 landowners), starting with a large area between Whakanewha and Onetangi. This effort was generously supported by grants from DOC and Auckland Council.

An Expert Advisory Panel was been established to include leading scientists and others involved in mustelid and rodent control. A Stakeholders Group includes representatives from the Hauraki Gulf Conservation Trust, Ngati Paoa, Waiheke Resources Trust, Hauraki Islands Branch of Forest & Bird, Rocky Bay Ratbusters, large landowners and the SPCA.

This project was complemented by similar trapping by landowners in the Western end of the island, coordinated by Sir Rob Fenwick (HGCT Patron and Chair of Predator Free NZ).

Following the pilot study reporting back to the funders took place. In September 2017, having become aware of the intention of Predator Free NZ to announce their proposed first funding round we organised a get together of members of various conservation minded organisations including Ngati Paoa, Waiheke Resources Trust, Hauraki Islands Branch of Forest and Bird, QE2 Covenantors, DOC, Auckland Council, Ratbusters and landowners. From this meeting the Waiheke Collective was born and applications made over the next few months to the Auckland Council and Local Board for further funding to keep the Pilot study running and to Predator Free NZ  for funding for a more audacious Predator Free Waiheke.

In January 2018 the Waiheke Collective, with the HGCT acting as the Umbrella funding organisation, received $40,000 from Auckland Council followed by a further $15,000 from the Waiheke Local Board in May to rework the pilot study and obtain new traps to protect the known Little Blue Penguin, Kaka and Grey Faced Petrel nesting sites. The report back on this project is due end of April 2019.

In February 2018 the Collective was advised it had been selected as one of a short list of 7 from 45 applications to submit a full proposal to Predator Free New Zealand for the Predator Free Waiheke project. This was duly completed and in September 2018 the Conservation Minister Eugenie Sage announced Waiheke as the fourth project to receive an award from PFNZ of $2.6m towards a budget of $10.9m with further funding pledged by Auckland Council and Foundation North and Te Korowai O Waiheke was formally launched as the first project under the Waiheke Collective. For more information on this island wide project go to www.predatorfreewaiheke.org.nz.

In February 2019 the Waiheke Collective received a further $30,000 from Auckland Council to keep the Pilot project running until such time as Te Korowai O Waiheke takes the running of traps over as part of the Island wide Predator Free Waiheke plan.

If you see any stoats, ferrets or weasels, please report them to us using the form below.

Rodents will be the next target –and this will form a further part of the Te Korowai O Waiheke project. It will build on what is already being done by the likes of Auckland Council and the Local Board, Forest and Bird, Rocky Bay Ratbusters and numerous individuals island wide, identifying the gaps and working out the best ways of filling them.

A significant part of this island wide predator free programme is a partnership with the community. We cannot undertake the work without your support for both the work on the ground as well as helping sell the benefits of a predator free environment. The greatest challenges will be removing the last few animals of each species and setting in place a biosecurity programme to ensure they do not return by swimming or coming in with freight/boats. Your support and any ideas about how we might do this are warmly welcomed.

… will contribute towards biodiversity protection, improve the ability for Waiheke Island to become a “Treasure Island” within the Hauraki Gulf and reduce the chance of re-invasion from Waiheke of nearby predator-free islands. It will also enhance the potential for the successful reintroduction of native fauna, such as Kiwi, allow Waiheke to become a sanctuary for existing native species, encourage and inspire Waiheke Island residents and visitors to participate in predator control and conservation and create a success story that will inspire everyone to become involved in environmental initiatives throughout the Hauraki Gulf.

Have you seen any predators on Waiheke?
Want to help and/or be kept informed and up to date?

Using the form below you can report any predators you have seen on Waiheke Island. Also, if you would like become involved or to be kept informed about this project please do let us know. 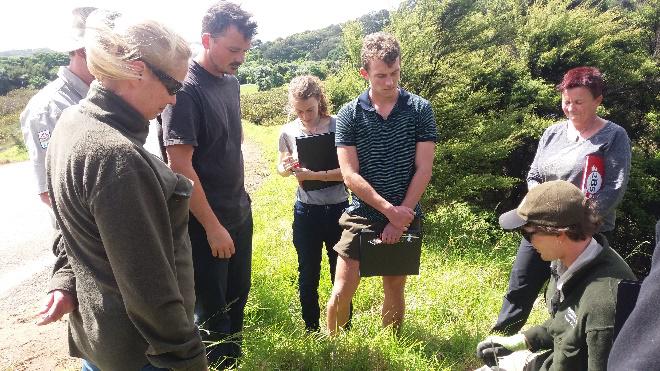 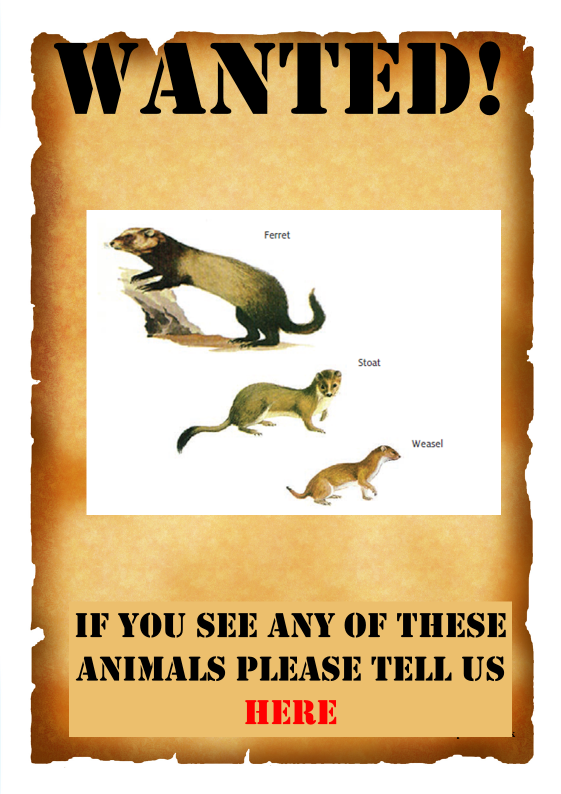 We are grateful for the support of our partners in this project: